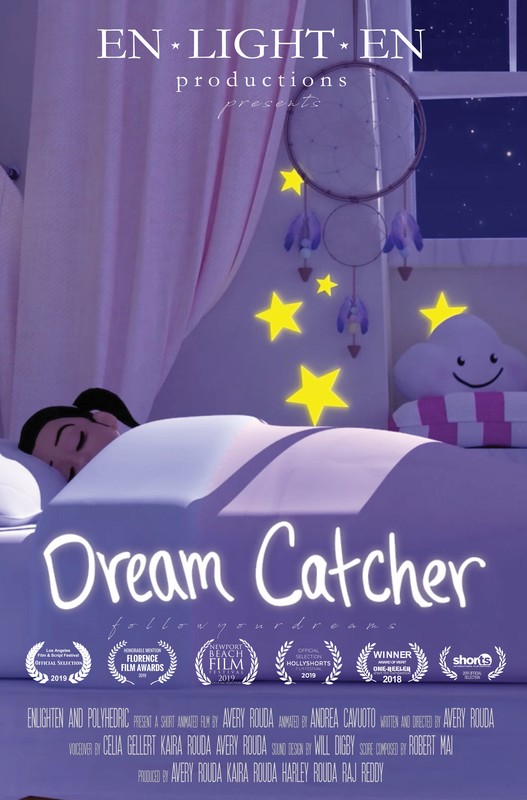 This animated short film takes viewers into the magical world of a dreamcatcher, reminding children to always follow their dreams.

It is the Young Sorter’s first day on the job in the Dreamcatcher Factory where all kinds of imaginative characters work through the night to catch, sort, and sift through all of the lovely little dreams dreamt by Sleeping Girl. But on this night, under the glow of the full moon, Sleeping Girl has a nightmare! The dark cloud is caught inside the dreamcatcher and finds its way to the Young Sorter’s sorting station. Determined to protect the little girl sound asleep in her bed, Young Sorter chases the dreadful Nightmare through the inner webs of the Dreamcatcher Factory, learning along the way that he should never be led by nightmares, and instead should always follow his dreams.