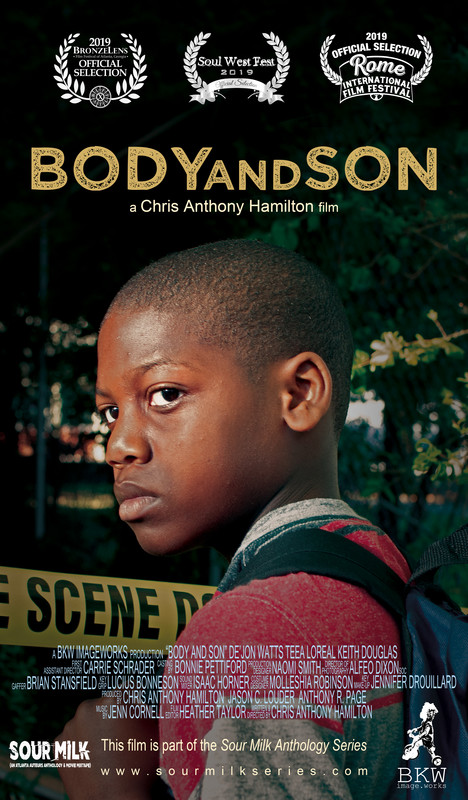 A young boy finds an unusual father figure when he finds and befriends a dead body. Body and Son is the story of DeShawn, a 9-year-old boy who lives with his single mother. He comes across the dead body of a man he believes to be his absentee father and confides in it about being bullied at school until his real father unexpectedly returns causing DeShawn to react in the only way he knows how.